WHANGĀREI FRINGE
Three legends telling legendary jokes about drugs, pigeons, and therapy. Just to be clear these jokes are not about legends or mythology, they are jokes that will eventually turn into legends and then enter a mythical status.

Your acts comprise of Gavin Hews, American (biggest claim to fame), comedian, producer, current semi finalist of Wellington Raw Quest and host of the podcast Gavin Learns. Gavin uses the power of therapy to spin round in circles.

Tim Stannard, Kiwi comedian, Raw Quest Finalist, feature act on Young Guns Comedy, and regular on the Medicine Stand up show. Tim is a great guy without a podcast. He looks like a missing link to an unsolved crime.

​Shannon Basso Gaule, Irish comedian, producer, current semi finalist of Wellington Raw Quest and host of the What Am I Doing podcast. Shannon is a sober Irishman, which is disappointing because the lack of sobriety was the only good thing about him.
​ 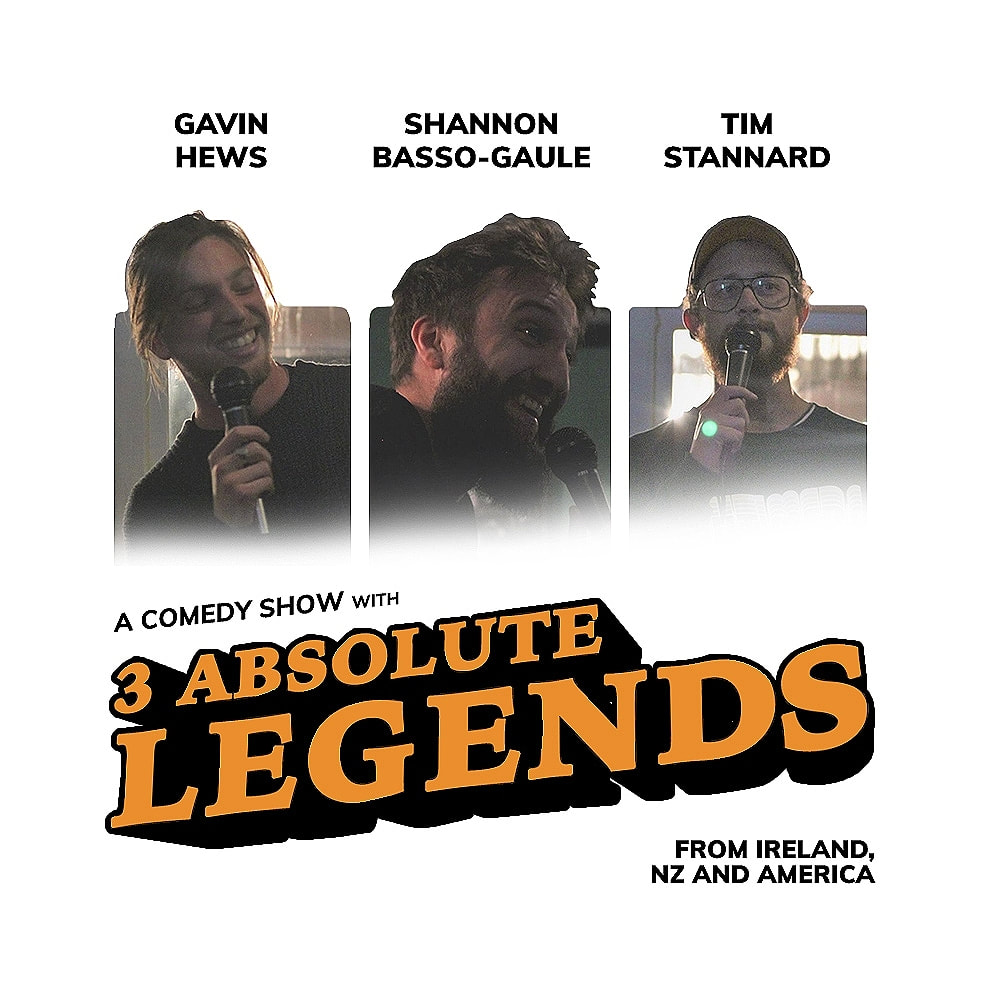